I just saw an ad for Public Storage with this girl saying, "So, I learned in school that the Earth revolves around the sun, which gives us four seasons. The seasons come about because of the tilt of the Earth on its axis. Dad goes there? Still,,,, this service seems ok - no protests - only the cricket sound. 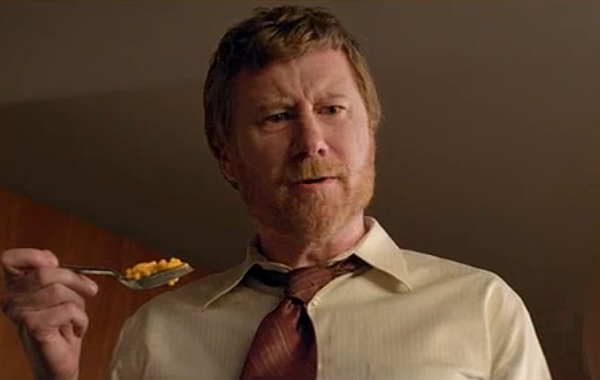 Makes me sick. Visiting Angels does a good job of gender balance in their commercials. But then, they are advocates for people staying in their homes. Well, the point of the oregano is that it means they don't need to feed the chickens antibiotics. Either way, agree the chickens don't give a damn.

They are banking on consumers who don't want antibiotics fed to their meat source. The commercial for the "Kind" bar annoys me. Umm, just no!

Only The Best Funny Kraft Mac and Cheese Commercials

Kind is listed as a definition of nice on dictionary. The definition of kind says nothing about honesty. Now they are just making this bullshit up. Not because the commercial itself is bad, but because the tag line "Live Fearless" is grammatically incorrect. It's "Live Fearlessly" or "Be Fearless", dammit! I once worked at a place where there was a sign on the parking lot exit that said "Drive Safe! I asked why it didn't say "drive safely," and was told that psychologically, humans remember the incorrect, awkward phrase more than the grammatically correct.

Wrong has more impact. There's an ad for Kraft mac and cheese that's back in circulation that bugs me which features a little boy ratting out his father to the cops for "stealing" his mac and cheese, resulting in a SWAT team arriving at the house.

The way the little pycho smirks annoys me. That new McDonalds commercial is going to make me gouge my eyes out and rip my ears off. It's so damn obnoxious. I need them to pull that one. No on every level.

There's also some historical precedent. During the Middle English period, about - CE , adverbs and adjectives were for the most part identical because the standard way to turn an adjective into an adverb was to simply add -e to the adjective. Sorry, we only accept work mail accounts. Submit Already unlocked? Please check your email and click on the verify link — it will return you right back to this page with the data unlocked. Sorry, we do not accept free email accounts. Ready for the big time? You've hit your data view limit.


National Airings. Attention Score. He ends up at some hole in the wall Blues Club, climbs up on stage and starts playing with the house band. The whole time, his remade version of After Midnight is playing. I think one of their commercials had the guy who later played Al on "Home Improvement".

There was that tag line, "Weekends were made for Michelob It was a Disney toy phone. You selected a picture of Goofy or Donald Duck for example, then you would call him and he would "talk" to you. In the commercial there was a brother and sister playing with it and the little girls calls mickey and says "Mickey come over for a party, you call Donald Duck" then the boy says "Donald, come on over" then the girl says "Hi Goofy".

I'm pretty sure this was a Midol commercial, but it showed a trio of women PMSing in the middle of an airport terminal. After taking Midol, they all felt better. Around was a commercial for Mighty Dog, a dog food in a can. Its promotion featured an offer for a stuffed brown dog with a little red cape, similar to the commercial's mascot that flew around on the screen, that one could order from the can's label.

The hip hooray and ballyhoo, the lullaby of Broadway. And in the center of it all, Is the Milford Plaza! An announcer would talk about staying at the hotel and the staff would wrap up with "The Milford Plaza is the 'lullabuy' of Old Broadway! This is Freddy Krueger's favorite milk commercial. It went "Milk, it does, milk it does a body. Milk, it does a body good. Pass it on! It's fun to grow on!

The east coast drinks milk at work and at play, the high country's drinking milk everyday, in the USA there's just one thing to say, America's favorite health kick, Milk! There use to be this milk commercial that I remember vaguely. There was a kid and another bigger older kid standing next to him and they talked about needing milk to grow.

This was around Another one for milk, with the cow singing should be a bull, I imagine, with the deep voice it had, but no, it was a cow! You know the only one for me--yeah!

My arms won't free you and my he-eart won't That animated commercial where a line of dairy products- cheese, milk, etc. Oooh Ah. I'll never forget the "But I'm drinking milk Stud right before your eyes. I think there was another very strange one where a kids head turned into a balloon and he floated away. Young girl grows up to be attractive woman: "Michael Martin, I don't even exist in your life.

Panera worker fired for revealing secret of mac and cheese

Well, I'ma beautiful person inside and milk's giving me a lot of what I need for strong bones, beautiful skin and a great smile. And by the time my outside catches up with my inside I'll have long since outgrown you; and you'll be history". It does a body good. I remember a woman in her 20's jogging in the morning with a golden retriever and when she got back to her apartment, she drank a big glass of milk all at once. It Does A Body Good. Milk does a body, Milk does a body good. Pass it on, how's that go?